Note: This review contains a sprinkle here and there of spoilers.

A title can only give away so much as for the teen slasher movie “There’s someone inside your house.” Before pressing play, I expected to see something in the lines of – a character realizing, with the clues that they’ve been left with, that they’ve locked themselves inside their own house with a serial killer or some sociopath, who just enjoys playing cat and mouse with them. If that were so, “someone inside your house” would sound more like “the cabin in the woods.” But this teen slasher movie doesn’t leave everything to the imagination. In fact, it throws us into different settings and unexpected scenarios.

“There’s someone inside your house” is a movie adaptation of Stephanie Perkins’ New York Times best-selling novel of the same name and was directed by Patrick Brice. Readers of the novel consider this movie less of an adaptation as some of the scenes in the book differ from those in the movie. But that’s what we all see from most of the movies or TV shows that were book adaptations.

“There’s someone inside your house” revolves around the graduating students of Osborne High, who in their final year are being picked off one by one by a masked assailant aka wannabe vigilante, who thinks he is doing everyone a favor by helping them see their true selves that is after he has killed them and exposed their deepest, darkest and even not so darkest secrets to the world.

One thing Patrick (director) did so well was to make the villain’s pattern unpredictable. His motive, though, was set from the very beginning of the movie – he was targeting those who kept secrets. But that’s pretty vague and broad. If you think about it, everyone keeps a secret – from munching down a sibling’s chocolate bar that you were not supposed to even other small secret stuff so we don’t get on the bad side of our friends and family. One of the characters, whom I sadly had to say goodbye to (as he was one of my favorites and one that I was rooting for in the movie), got killed because he was taking pills. The unpredictability in the kills just made you sit at the edge of your seat.

Don’t we all love a good friend circle? One thing this movie portrayed so well is the solidarity kind of friendships you’ll find in high school. I’m talking about the good kind. Friends that will look out for each other through thick and thin. Makani’s diverse friend circle was one I loved and their chemistry was amazing, although in the movie they were considered outcasts by the rest of their peers; they all supported each other and worked together to stop the masked killer.

Talking about a masked killer, what could be more mysterious than that? We’ve seen these before in most slash films like “Happy Death Day” and also “The Fear Street Trilogy.” The mask was a unique feature in the movie in that it was made to look like the victims, which was symbolic to the masks they were wearing themselves in real life.

Considering “there’s someone inside your house” is a teen slasher, I found this movie to be very disturbing especially when the slashes and cuts were up close with blood spilling all over. Well, it won’t be a slasher film without those.

The plot of this movie feels rushed and lacks character development. I found it hard to connect and sympathize with the characters especially those who got picked off because they were not fully developed.

This movie could make a good trilogy or a mini-series of some sort where the characters have three failed attempts to identify the killer before getting the big reveal in the final season. A mini-series would be enough time to see the back story of these characters.

Would you recommend this movie?

Do I recommend this movie? A big yes! This movie is particularly recommended for Halloween.

Watch this movie if you are a fan of thrillers, slashers, and horror movies in general. Some of the devices used in the movie may not seem new to you but this movie will compensate for that with a unique take on the antagonist and the setting. The part where the assailant sets a large cornfield on fire is something to look forward to.

Although, I wouldn’t recommend this movie to kids. It has many scare scenes and disturbing imagery that could give kids nightmares. This movie is meant for views above the age of 18.

My Rating of “There’s Some Inside Your House 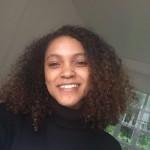 Hi, I'm the blogger behind happecactus. Welcome to my corner of the internet.
View all posts by Yuri →

100 Affordable Self-Care Activities To Try On Valentine’s Day (2021)
February 7, 2021
The Quickest and Easiest Way to Notarize Your Documents Without Visiting Sacramento Notary
May 7, 2021
The Best Anti-Aging Creams for Wrinkles and Fine Lines
April 23, 2021